The answer may surprise you: it actually comes down to your effort and how much you care.

You care about games and you make the effort because you want to get better at them and because there's constant variety and plot progression to keep things interesting. This makes you try harder in order to progress and that in turn gives you the feeling of reward that makes the gameplay satisfying. 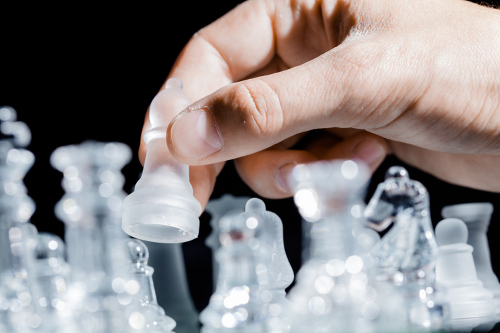 From a neurochemical perspective, this essentially boils down to the release of dopamine. Each time you attempt a level or challenge, you first visualize it happening in your mind's eye. When you then attempt it for real and this then goes to plan just as you visualized it, this will in turn result in you getting a release of the reward hormone dopamine. This is actually highly addictive and that can be enough to make you want to try again - which is why it's so hard to put down that game of Angry Birds! That release of dopamine and serotonin will also help to reinforce the neural connections required to perform the task again. This strengthens your likelihood of doing the same thing again in future with perfect technique and generally improves your technique and ability.

When we don't care about the outcome though, we don't have this trial/reward loop and as a result, it can end up feeling like a dull slog. To change this then, all you need to do is to start taking things more seriously and actually focus on what you're doing.

Let's say that you have to write something by hand. This is a mundane task and something most of us won't pay much attention to.

So instead of simply doing it absent-mindedly then, you should instead try to really focus on doing it as perfectly as possible. Try to let the pen flow perfectly as you write and to write with the most perfect handwriting you can muster. Visualize it happening as you do.

Simply paying attention to your writing in this way and making it perfect will then be enough to ensure that you are more engaged and that you get the release of dopamine when it goes well. You've turned the mundane into a game. Why? Because the brain loves learning and improving.

If you apply this technique to every aspect of your job, soon rather than feeling like an unbearably mundane task, each motion can be rewarded with a release of dopamine, thereby engaging your sense of ‘play’. Turning even chores around the house into a game can give you the added boost you need to complete all your jobs in an evening and leave you with extra time for that real video game waiting for you to get to the next level!